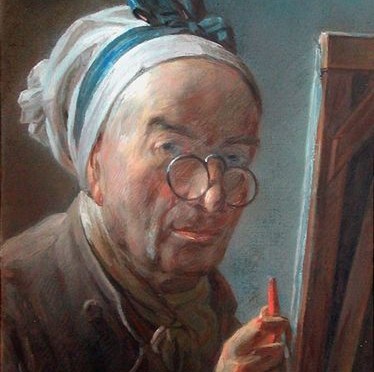 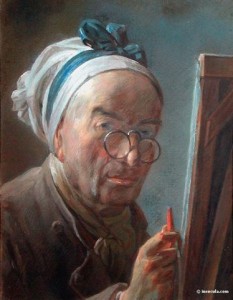 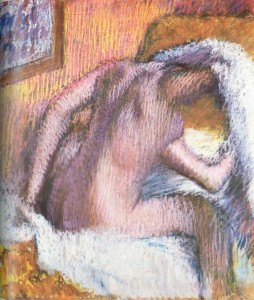 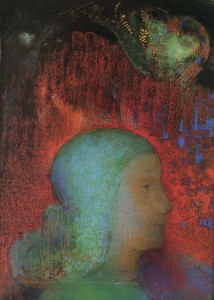 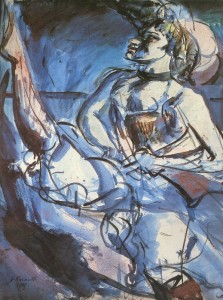 Pastel can lend itself to details depending on the artist’s technique. For example if the layers of pastel are fine or blended out they will happily accept a powder complement. If the surface is worked in lines, it will naturally bring out the details based on the superposition of the network of layers.

Fixing pastel, of course, allows the artist to make some very detailed creations. Quentin de la Tour reached the heights of virtuosity in both material and textural detail, cf. below the pastel portrait of Madame de Pompadour. Format 1.75 x 1.28 m. The composition of the very high-quality fixative used by the pastel artist is not known.

Moreover, there are other alternatives, dialogues between the artist and the material that can feed the work, proliferate without necessarily creating an accumulation of detail. Cf. the pastel by Vuillard, Place Vintimille: we can imagine the rippling of the material, continually renewed, in the grain of the rapidly-dispersed powder and in the facture of the stick’s powder that spreads out or becomes porous rather like cartilage.

The impetuousness of the lines succeed in nourishing, enriching the pastel as if it were extremely detailed! Extremes sometimes work well together! 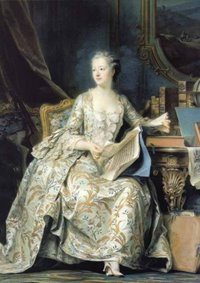 In addition, this resorting to mixed techniques (mixed techniques = using more than one type of technique to create a work) enriches pastel and consequently strengthens the details. See below some examples of pastels worked with gouache, chalk, pencil.

The drawing techniques of the Renaissance period such as sanguine or black chalk, highlighted with gouache, suit pastel. The light accents of paint used in these works reinforces the colour of eighteenth century pastels. Rosalba Carriera, one of the first portrait artists, gave this flattened kind of detail relief in her highly blended pastels, ornamenting a neckline or a tie, by using bright touches of white gouache.

Slightly waxy chalks, like sanguine or graphite, adhere well to pastel. In addition, the sharp edge at the tip or the ridge of the stick lends itself perfectly to fine detailing.

In theory, pencil lines are a good structural complement to the indecisiveness of pastel powder. Pastel crayons lack body and contrast to be used for very precise detailed lines. Lead pencil is the most resolute. 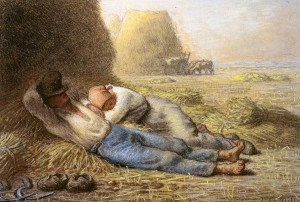 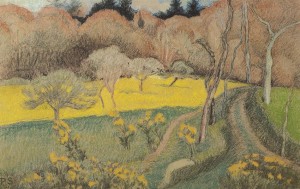 Detailing done in pastel keeps the individual spirit of the material. Pastels are perfect for indecisiveness! The colour, that appears to be levitating, breathes a sort of noble distance into the work. The powder is still there, in the intimacy of its sensuality, but at the same time it remains secret, distant, resisting precision; the velvety fleetingness of a dream, it flickers towards a subtle ‘elsewhere’ somewhat like dust in the rays of the sunlight …